The Moon is now well past First Quarter and is steadily “fattening” as it approaches Full Moon. This evening is the last it will spend among the stars of the summer Milky Way. The chart below shows the southern sky an hour after sunset from the middle of North America.

The Moon is in one of my favorite constellations or, should I say, asterism. The constellations were created over the millenia and every culture had their own take on what the stars looked like. Though many constellations (mostly the fainter ones) were created during the last few hundred years, the brighter ones go back thousands of years. The current shapes and mythologies of the constellations came to us by way of Western Europe via the Arabs via the Romans via the Greeks via the Babylonians via even earlier cultures. 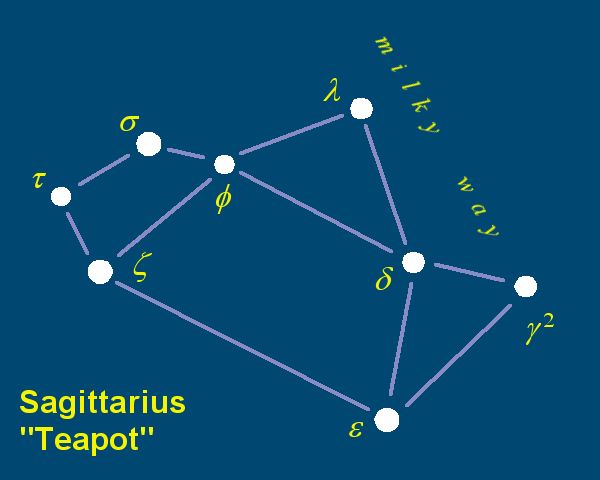 Tomorrow – Day 9 – you have got to be kidding, after a arrow slinging man-horse now we visit a goat-fish…